The Aurrenak team participated in another edition of this event together with FUNGIDEX, the Casting Exporters' Association of Spain.

During these three days, we shared our experience with potential clients and suppliers interested in our project and took this opportunity to greet many of our current partners and talk about with them about the current issues.

In our opinion, one of the most exciting aspects of this trade is its international nature, which allowed us gathering in our stand interesting contacts from entirely different countries, as well as consolidating our contacts in the German market. 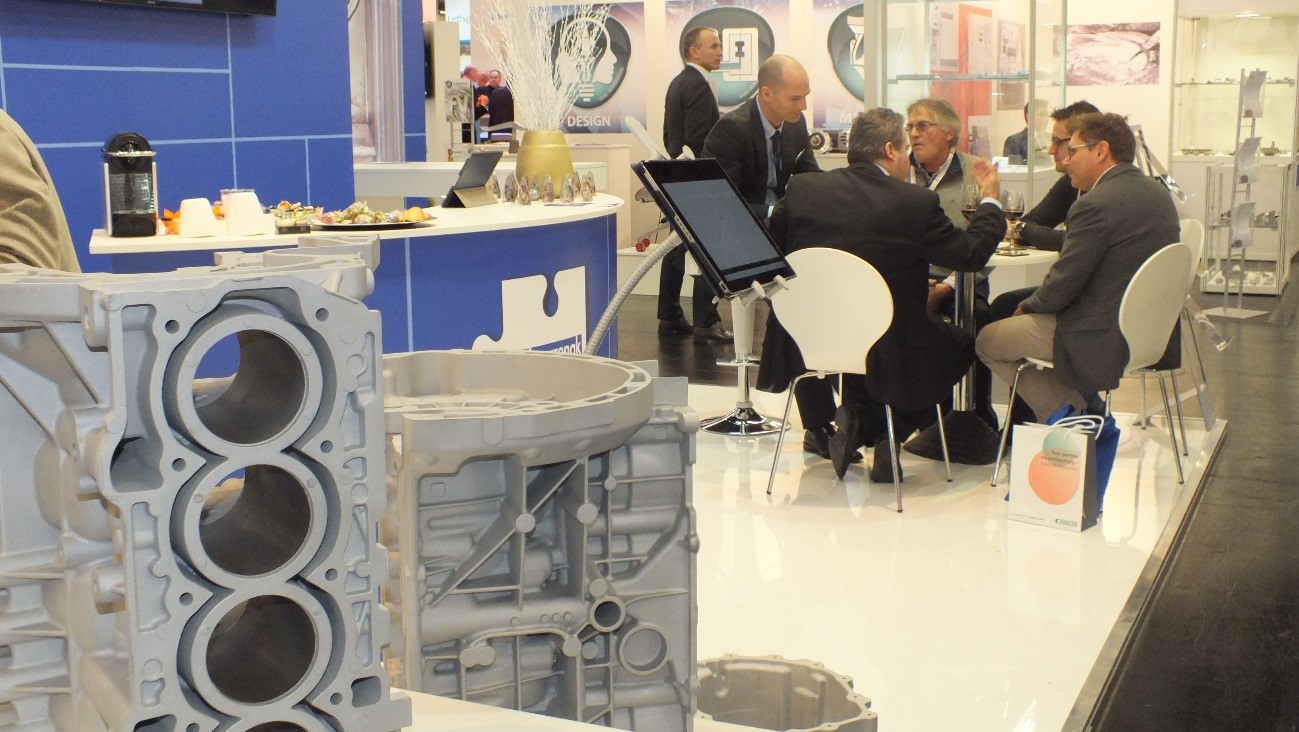 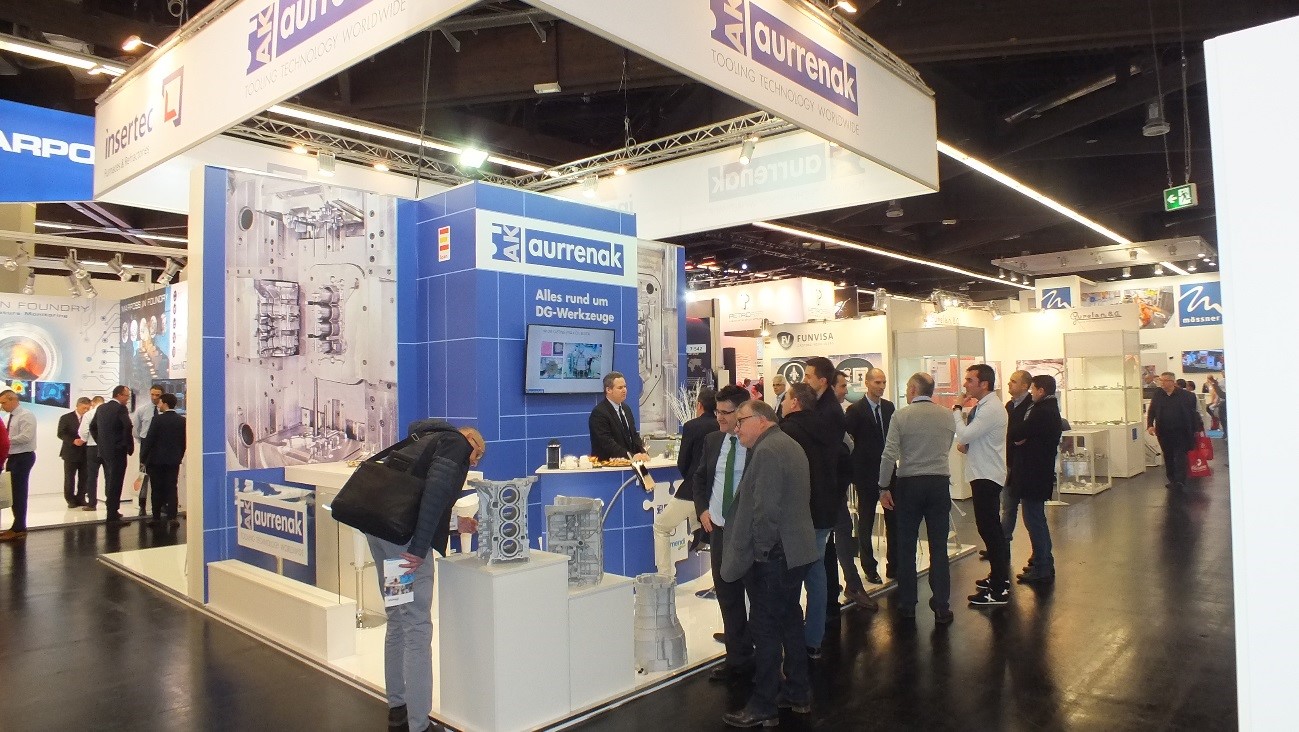 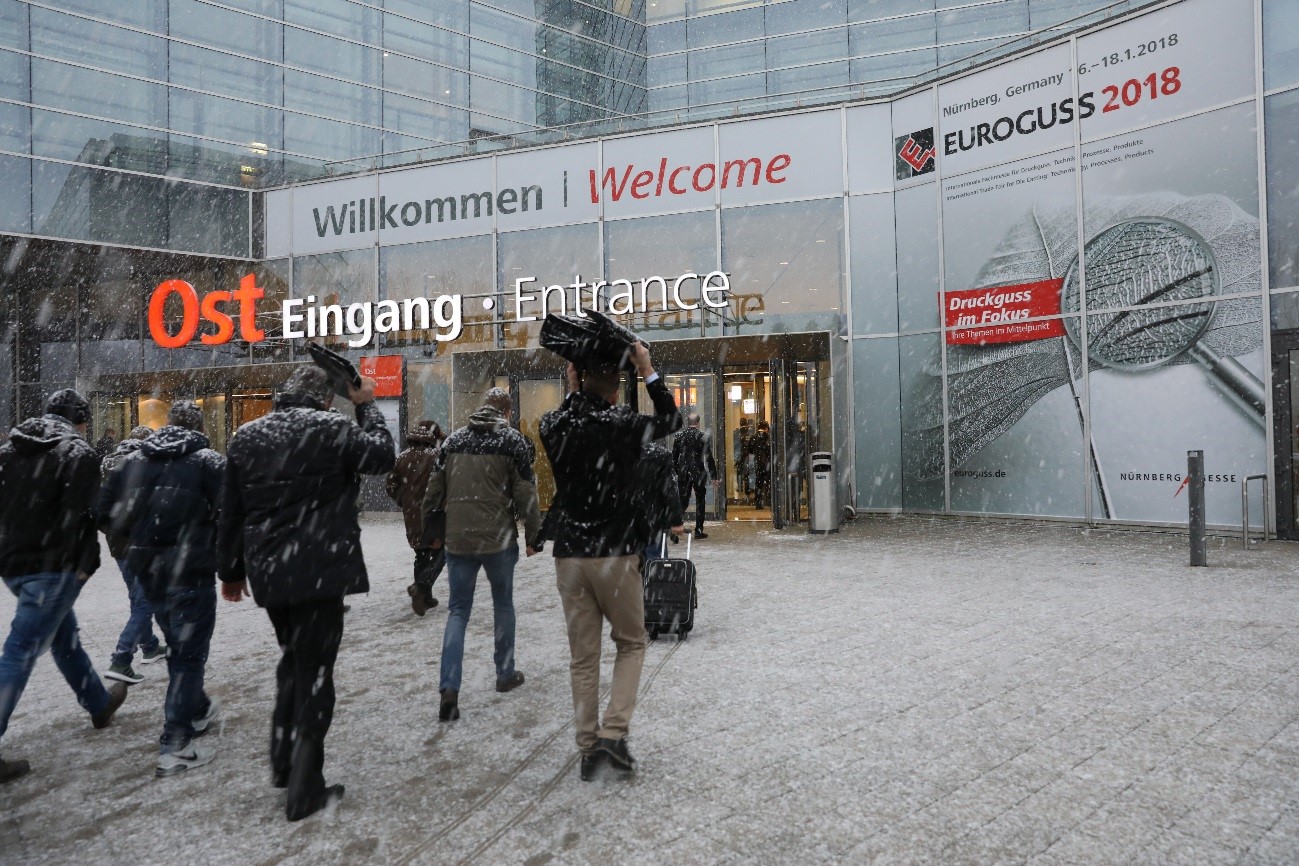 The latest EUROGUSS came to an end on 18 January 2018 after three successful days that set a new record for visitor numbers. Snow, rain, squalls and the associated traffic chaos in many parts of Germany and across Europe were not enough to deter around 15,000 trade visitors (2016: 12,032) from coming to Nuremberg to attend their die casting trade fair. This year’s event saw the proportion of international trade visitors increase still further. A total of 641 exhibitors gave them the opportunity to learn about innovations and trends in the industry. E-mobility, structural components, application-specific alloys and additive manufacturing were discussed at many of the stands. The International German Die Casting Congress, held in NCC Ost for the first time, enjoyed the greatest attendance.

“The atmosphere in the exhibition halls was very positive,” notes Christopher Boss, director exhibition EUROGUSS, NürnbergMesse. “The three exhibition halls were booked out down to the last square metre. For the next edition of EUROGUSS we will expand into a fourth hall to enable the fair to grow still further.” 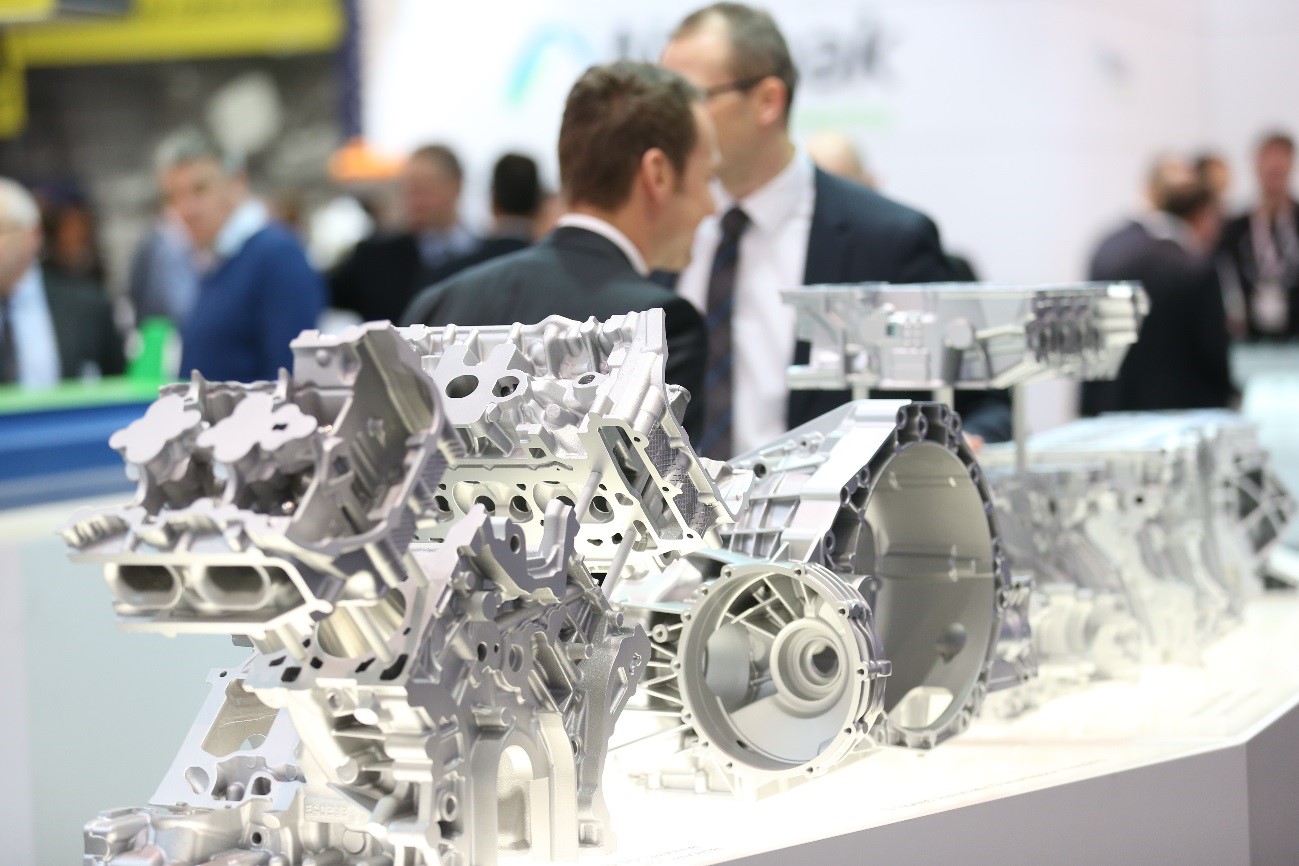 Every second exhibitor is international

More than half of the 641 exhibitors at EUROGUSS (54 percent) came from abroad. Besides Germany (297 exhibitors), the top exhibitor countries in Europe were Italy (128 exhibitors), Turkey (23 exhibitors), Spain (19 exhibitors), and Austria and the Czech Republic (14 exhibitors each). They had a broad range of products and services on display – from die-cast components to materials, furnaces, die-casting machines and moulds, through to post-processing, quality control and R&D. 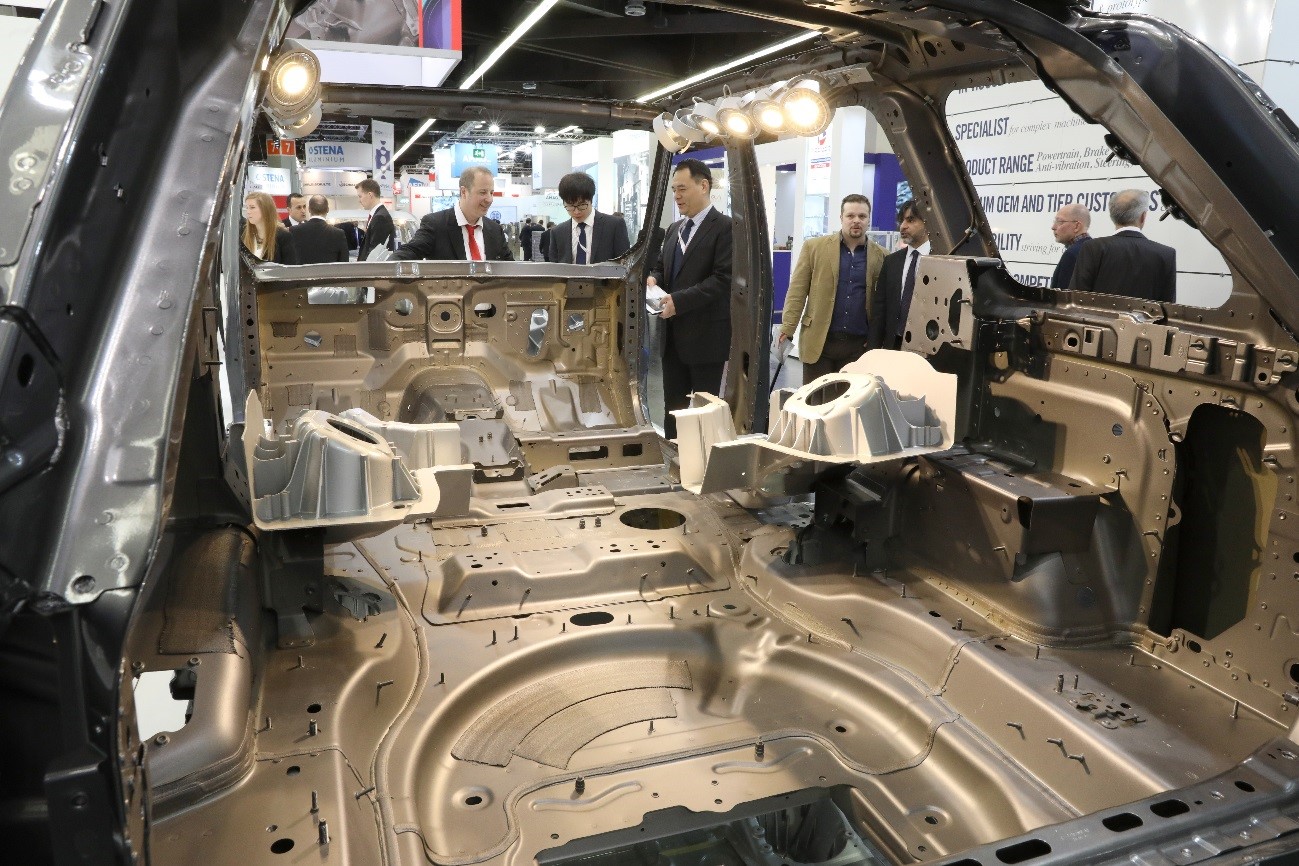 Trade visitors – mainly manufacturing specialists, developers and purchasers from the automobile (and automobile supplier) industry and other sectors – travelled to Nuremberg from more than 60 countries. There was another marked increase in the proportion of international trade visitors. The strongest countries of origin were in Europe: after Germany, the majority came from Italy, Austria, the Czech Republic, Turkey, Poland, Spain, Switzerland and France. 94 percent of trade visitors were happy with what EUROGUSS had to offer, and 90 percent of the visitors are involved in making the procurement decisions in their respective businesses. 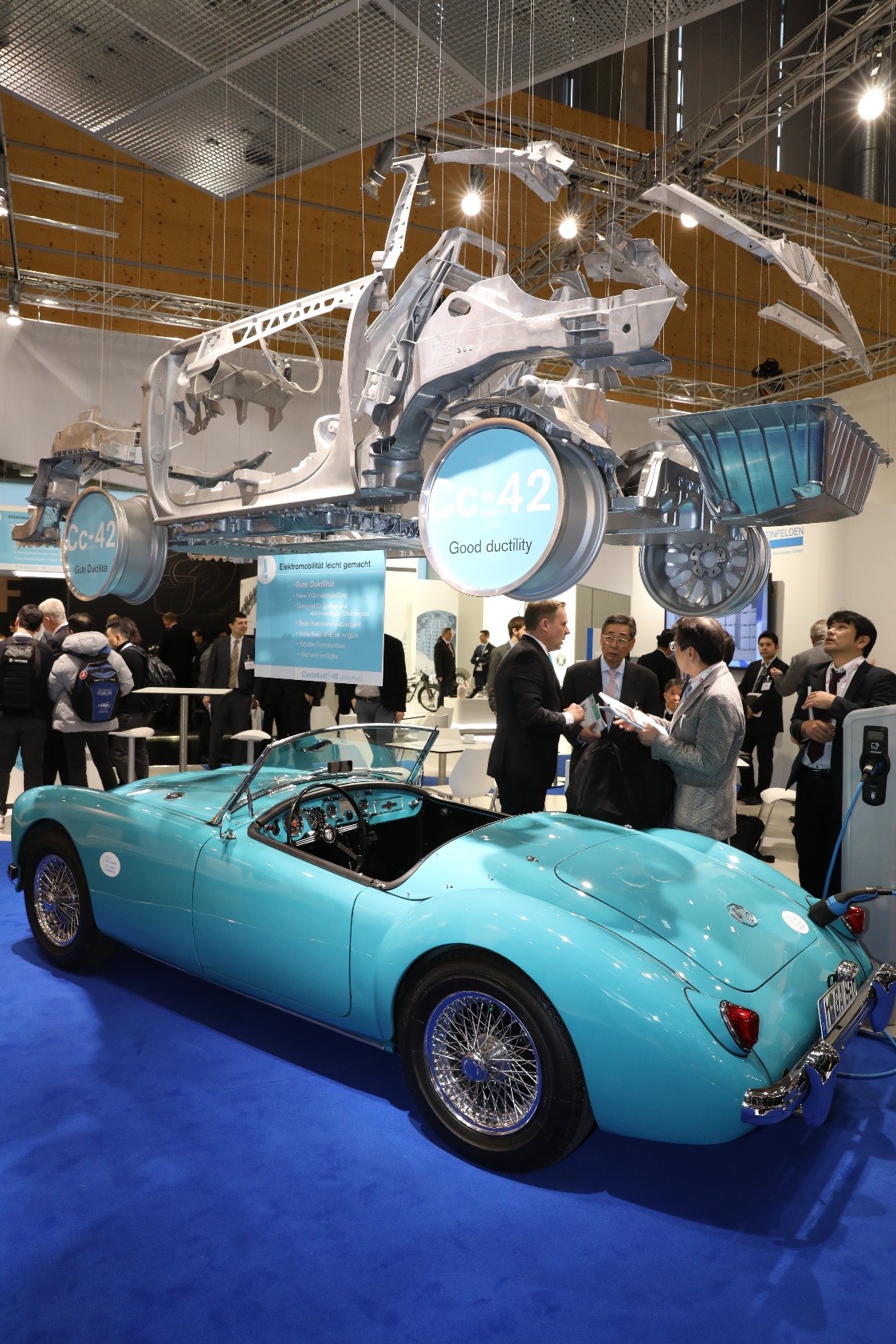 The next EUROGUSS will take place at the Exhibition Centre Nuremberg, Germany, from 14 to 16 January 2020.